HE HAKAHOU (10/10/2019): The tupapaku found in Maurioho awa in Kaitaia has been identified as 35-year-old Aaron Mark Roycroft, from Kaitaia. Police are not treating his death as suspicious. Ka aroha ki a ia me tana whanau noki.

HE AITUA - HE RAHUI: As a mark of respect for the tupapaku found in the Maurioho Awa below the Allen Bell bridge, Kaitaia, on Tuesday 8th October, Kaumatua of Oturu Marae have placed a week long rahui between Te Ahu and Terry Crescent (see map below). While no identifying details of the tupapaku have yet been released, please show respect for them and their whanau by honouring and sharing information about this rahui. 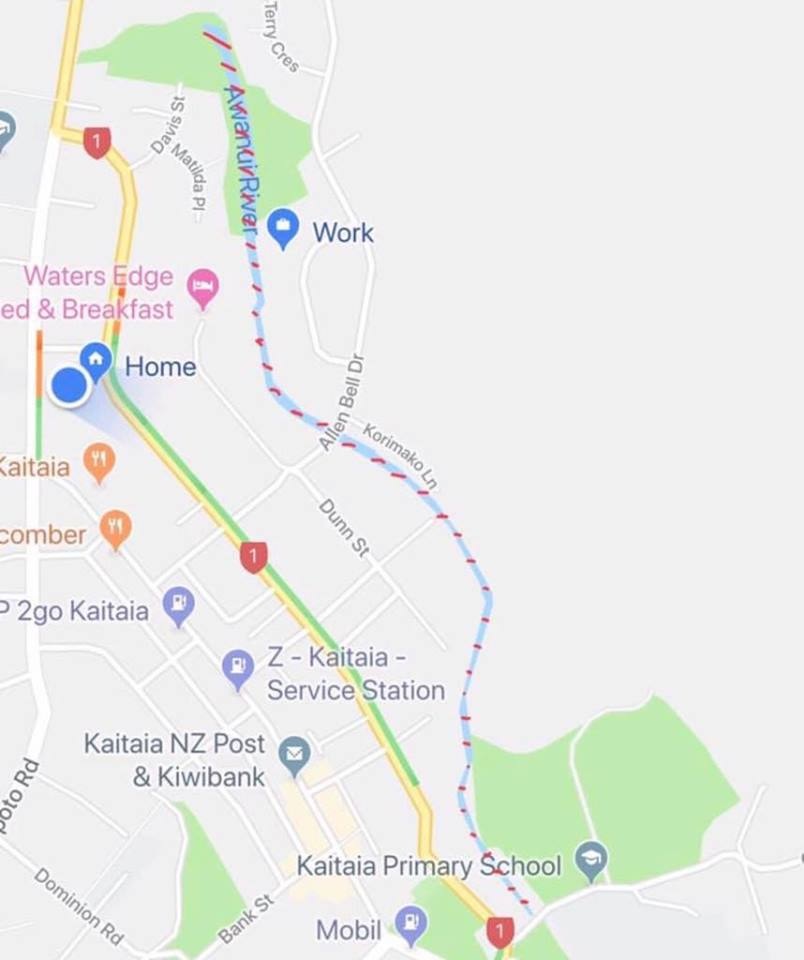